According to the Law of Myanmar Engineering Council (M.Eng.C), PCWG (Petroleum Chapter Working Group) was formed with 8 Petroleum Professional Engineers under the guidance of Sayagyi Prof. Dr. Sein Myint in early 2016. Prof. Dr. Sein Myint is the Patron and U Than Win is the Chairman. U Htut Swe and U Myint Naing are the Secretary 1 & 2 respectively. U Thein Naing is the treasurer. U Hla Win Htay, U Thu Nyo, U Saw Aung and U Min Min Soe are the members. Before official formation of PCWG, all above personnel had effectively and efficiently organized the dedicated event called Golden Jubilee of Petroleum Engineering Department (1965~2015) on 5th Dec 2015. Oil & Gas Operators & Services Companies’ Exhibition, Saya Puzawpwe, and Presentations of 7 Technical Papers related to Petroleum Engineering were included during 50th anniversary event in YTU. Grand dinner of petroleum engineering students from all batches including new generation students plus invited special guests was well organized at MICT park lawn on the same day. Surplus funds from this special event had been carried over for the effective general upgrading supports to YTU & TTU Petroleum Engineering Departments under the proper management of our PCWG and thorough guidance of Prof. Dr. Sein Myint. After official formation of PCWG, we are actively and timely participating in the PE & RSE assessment programs organized by M.Eng.C assessment committee. A few selective items are such as submission of Study Scope & Guide Lines for PE & RSE (Petroleum) written examinations, generation of questions for these examinations, follow-up corrections, personal interviews, etc. We also participate in the process of YTU Petroleum Engineering Department accreditation led by M.Eng.C. As we are from the various Oil & Gas international Companies, we have also shared our industrial experience to YTU Petroleum Engineering students as visiting professors since 2013 continuously. Now, we are extending our networking link with MICEG of MES. 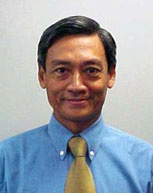 U Than Win
Chairman 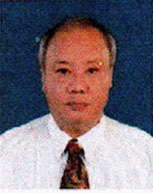 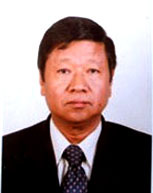 Curriculum Vitae of U Than Win

U Than Win holds a B.E. (Petroleum) Engineer degree from (RIT) Rangoon Institute of Technology (1975) and a M.Sc in Chemical & Petroleum Engineering from the (U of C) University of Calgary, Alberta, Canada (1993). He served as an instructor in RIT after graduation up to 1978. Then he joined MOC (later MOGE) as an assistant production engineer: worked in various onshore Oil & Gas fields in Myanmar (1978 ~1995). His U of C M.Sc thesis extract was published as a SPE conference paper; SPE 26085 (1993). He joined TOTAL E&P Myanmar as a Production Engineer; Assignments in France in various Project teams such as TOTAL ABK Offshore Compression Basic Engineering, TOTAL Indonesia TUNU Phase 7 Basic Engineering, etc (1995~1998). In May 1998, he became one of the Pioneer Myanmar Engineers participating in SU of very first Myanmar Offshore gas production/processing/transportation/export of Yadana gas to Thailand. He was promoted as Head of Production in 2000. He had various Projects Interface experience such as Onshore Domestic gas tie-in works in 2001, satellite Offshore Wellhead Platform-3 Project in 2005, Medium Compression Platform Project in 2009, and a new 24-in Domestic gas sea line tie-in Project in 2010. He became Asset Integrity Manager in 2011 (retirement from TOTAL E&P Myanmar in Jan 2013). Then he had served as a Production & Operations Advisor in Daewoo International Corp Myanmar E&P up to early 2016. He is a member of Myanmar Engineering Council (M.Eng.C) starting from Dec 2013. He is a member of ASEAN Engineers Register; AER and AFAAET. He has been a Section Officer of SPE Myanmar YGN Section since 2014. He is also chairman of Petroleum Chapter Working Group of M.Eng.C. He is PE (Petroleum) certified by M.Eng.C. He has released a Conference Technical Paper at South East Asia Offshore Summit held in September 2014.

Curriculum Vitae of U Htut Swe

U Htut Swe holds Diploma in Machine Repairs and Maintenance Technology in 1979 and Bachelor of Engineering (Petroleum) from Rangoon Institute of Technology in L983. He joined Myanmar Oil and Gas Enterprise as an Assistant Production Engineer after graduation. His task was to carry out Daily Production Works related to Well servicing, Well Testing, installations of Production Facilities. He moved to Indonesia in L994 and joined PT BWP Meruap as an assistant Production Manager, Senior Petroleum Engineer and Field Manager. He was involved in Preparation of Technical Specifications for Service Tenders, Supervision of Workover Operations, Well Testing and implement Field Development Project. He back to Myanmar in 1999 and joined Focus Engineer Ltd as a Dy Chief Petroleum Engineer / Chief Petroleum Engineer throughout his 10 years’ service. He was involved in preparing the technical specification in purchasing matters and set up Pumping Unit Repair Workshop, Downhole Pump Repair Workshop, General fabrication Workshop to provide fully support to field operations. He studied Decline Analysis in individual Well Basis, Field Basis, sand control for disaster wells and Field Management. He was offered by SCS Myanmar Ltd, which is a branch of SGS Group in Geneva and joined in 2010 as a Consultant to develop new inspection services in upstream Oil and Gas industry. He started new services like Drilling Rig inspection as per API RP 4G, Drill Pipe inspection as per TH Hill DS Standards, API RP 7 G, OCTG inspection as per API 5 CT standards, Tank inspection as per API 653, Terminal inspection as per API 2610, Tank calibration as per API MPMS Chapter 2.2, Non Destructive Testing as per ASME standards, Quantity Measurement of Petroleum and Products as per API MPMS Chapter 17 and API 2650 standards. He was awarded Professional Engineer and Program Evaluator by Myanmar Engineering Council in 2016 and also a member of SPE and Secretary of Petroleum Chapter Working Group at present.

Curriculum Vitae of U Thein Naing

U Thein Naing holds a B.E. (Petroleum) Engineer degree from (RIT) Rangoon Institute of Technology (1976). Then, he joined MOC (later MOGE) as an assistant production engineer: worked in various onshore Oil & Gas fields in Myanmar (1978 ~1995). In 1995, he joined Total Myanmar E & P as a Production Supervisor at Yadana Offshore Platform. In 2007, he moved to Medium Compression Platform (Yadana) Project team as a Deputy Site Commissioning Leader. After that, he was promoted as a Production Superintendent of Yadana Gas Field. After retirement, he was assigned in same position for 1 ½ years as an extension. From March 2015 to Jan 2016, he served as a Training Instructor of Total Myanmar for newly recruited trainees. He is also Treasurer of Petroleum Chapter Working Group of M Eng C and Visiting Professor of YTU (Petroleum Department). He got Professional Engineer Certificate (Petroleum) in January 2016.